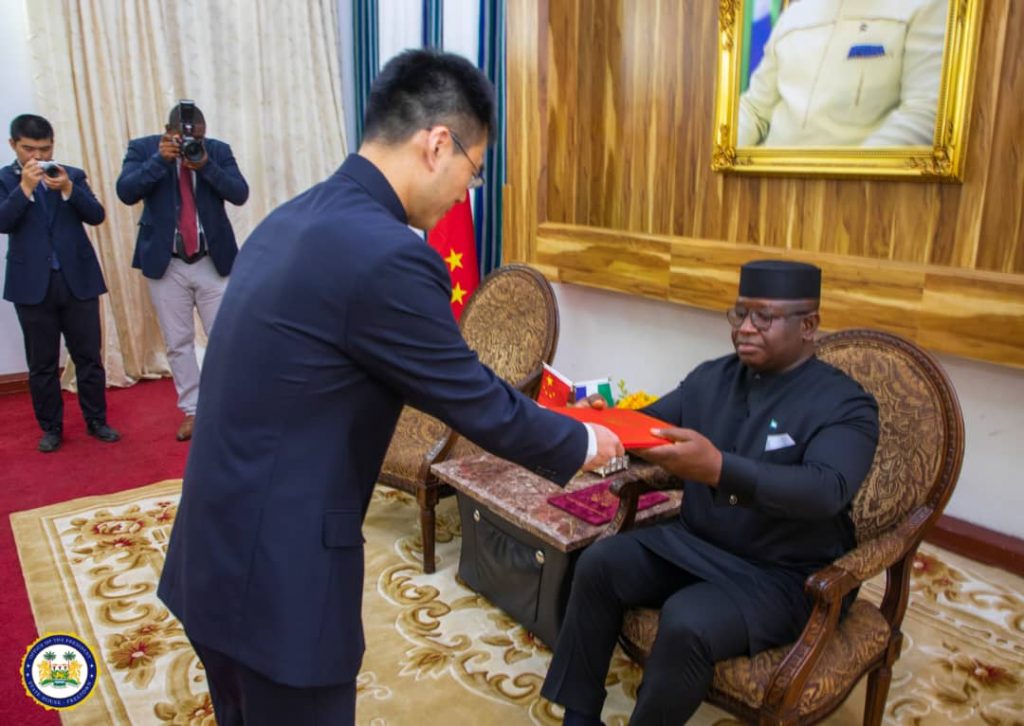 Ambassador of the People’s Republic of China to Sierra Leone, His Excellency Wang Qing, has presented his letter of credence to His Excellency President Dr Julius Maada Bio and assured of a healthier and stronger bilateral relationship.

He recalled that China and Sierra Leone had both enjoyed and are still enjoying a fruitful and productive friendship, adding that as the new Ambassador, he would be working to strengthen the bilateral relationship.

President Julius Maada Bio welcomed and thanked the Ambassador on behalf of the government and the people of Sierra Leone. He compared the two countries’ relationship to that of two best friends, noting that his government is working to keep them together.

“Over the past years, we have been supporting each other and will continue in that vein. We will continue to maintain, deepen, and widen the relationship between our two nations,” the President reiterated.