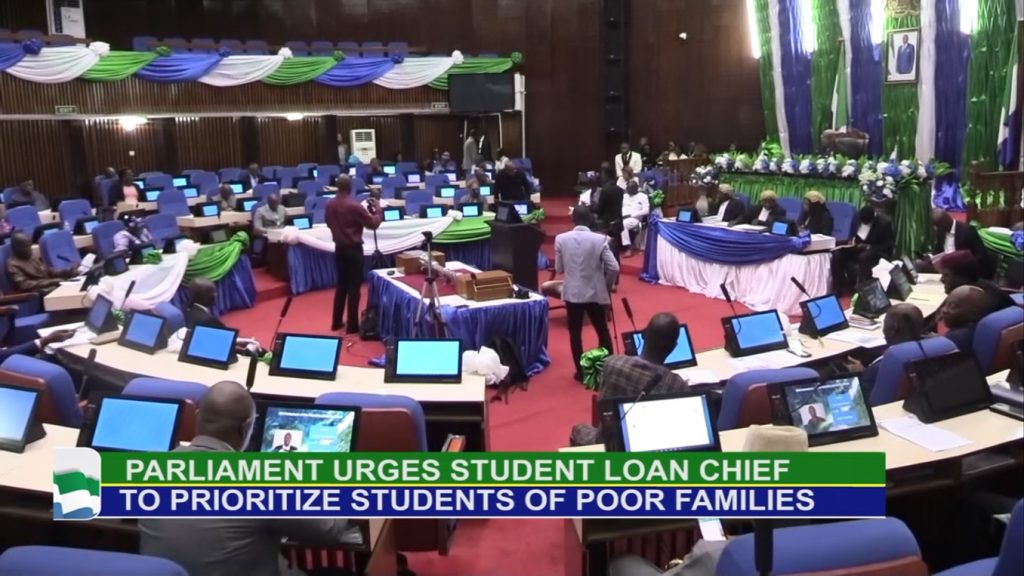 Lawmakers have urged authorities concerned to prioritize students from poor families when the government’s loan scheme starts to operate fully. This concern among others came up during the approval of the Presidential nominee, for the Student Loan Scheme Initiative.

The thrust of the bill was to accord students the opportunity to get loans from the government to finance their courses and payback in time when they gain employment. Many students have been dropped out of universities due to limited or unavailable funds from their families.

Submitting their points on the issue, Members of Parliament saw the student loan as very crucial to retaining many in universities.

Despite applauds from across the aisle; they were concerned over the issue of sustainability of the initiative, accessing funds by students especially those in dire need among other things.

The leadership of parliament also used the platform and urged the CEO to use his office in the best interest of all deserving students of the loan scheme.

The house also approved five agreements that protect heritage and culture and then passed into law the, National Investment Board Bill 2021 which seeks to improve the investment climate for all businesses in the country.  SLBC, Joseph Turay reporting